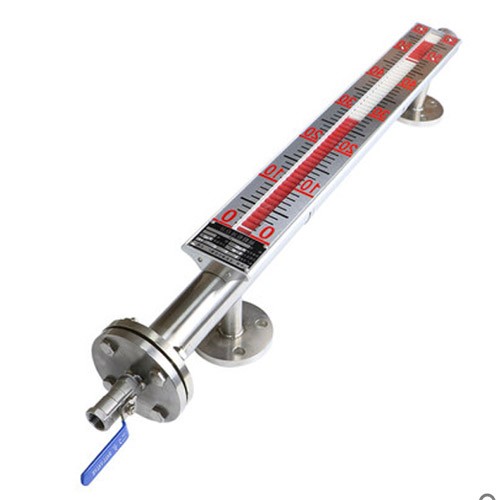 UHZ magnetic flap liquid level gauge (level transmitter) is a product developed and produced according to the magnetic level gauge standard HG/T21584-95 promulgated by the former Ministry of Chemical Industry according to the similar products at home and abroad. The meter can be used for media level detection in a variety of towers, tanks, tanks, ball vessels and boilers.

The magnetic flap level gauge can be used for medium level detection of various towers, tanks, tanks, ball vessels and boilers. This series of level gauges can be highly sealed, leak proof and suitable for high temperature, high pressure and corrosion resistant applications. It compensates for the defects such as poor definition and easy cracking of the glass plate (tube) level gauge, and the whole process measurement has no blind zone, and the display is clear and the measurement range is large. The parts of the magnetic flap level gauge are made of 1Cr18Ni9Ti, 316L, OCr18Ni9Ti, 1Cr18Ni9Ti-lined PTFE (polytetrafluoroethylene), PVC, PP and other imported components, which have excellent reliability and corrosion resistance.

The magnetic flap level gauge can be used directly to observe the level of the medium in various containers. It is suitable for liquid level indication in petroleum, chemical and other industrial fields. The liquid level gauge has a simple structure, is intuitive and clear to observe, does not block or leak, and is easy to install and simple to maintain. The upper and lower mounting flanges of the glass plate level gauge are connected to the container to form a communicating device, and the actual height of the liquid level in the container can be directly observed through the glass plate. The upper and lower valves are equipped with safety steel balls. When the glass is accidentally damaged, the steel balls are automatically sealed under the action of the internal pressure of the container to prevent the liquid in the container from overflowing and to ensure the safety of the operator.

1. Wide application range and various installation forms, suitable for measuring the liquid level and interface of any medium.

2. The measured medium is completely isolated from the indicating structure, and has good sealing performance, anti-leakage, high-pressure, high-temperature and corrosive liquid level measurement, and high reliability.

4. It has good vibration resistance and can adapt to the situation of large fluctuation of liquid level. The structure is simple, easy to install and low in maintenance cost. 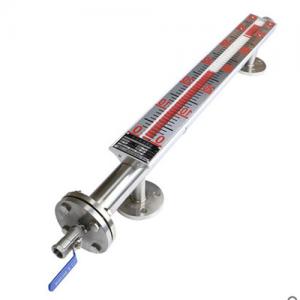